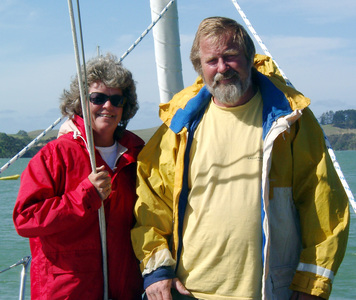 Terry and Ariel
Open Ocean Watermakers has been manufacturing watermakers in the beautiful Bay of Islands of New Zealand  since 2001.

Terry Forsbrey is the owner of Open Ocean. He and his wife Ariel lived aboard their yacht for 22 years and actively cruised offshore for 12 of those years.  During their time on the water, Terry discovered that high tech components in a watermaker are not only unnecessary, they are usually the first thing to break down, and most often in remote locations.  When helping out other cruisers, he frequently found that by-passing these components would get their watermakers working once again. That's when he realized that a simple, reliable, and affordable watermaker could be made.

Terry developed the early version of an engine driven model and took it cruising. He put it to the test for five years.  He then returned to New Zealand to design and build a reliable watermaker without any superfluous gadgets.

Thus was born a revolutionary new concept in watermakers. One that works all the time, is easy to operate, and doesn’t break the bank. 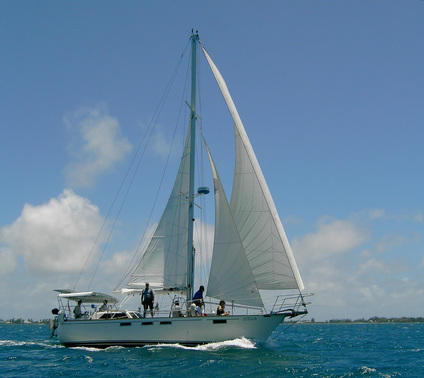 Terry and Ariel's boat, Stella, racing in the Marshall Islands